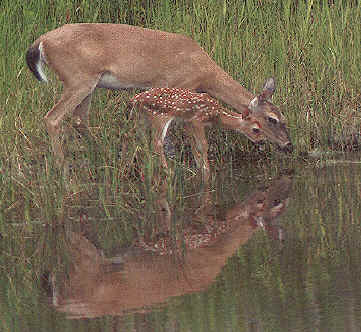 It has come to our attention that there is an effort by several municipal leaders in your area to kill the Canada geese on the lakes in your area, because they consider them "pests". They are advocating killing the geese even though there are very successful non-lethal means of getting the geese to relocate.

As a fellow believer in Jesus Christ, our Prince of Peace, we are asking you and your congregation to take a stand against the proposed killing in favor of non-lethal means of eliminating any potential geese problem. We need to be non-violence peacemaker examples for our communities.

We believe that every single person in the Church is called upon to be a peacemaker. This is one of the principles that Jesus taught in His "Sermon on the Mount", as recorded in Matthew 5:9: "Blessed are the peacemakers, for they shall be called sons of God" (NASU).

By the very definition of the word, a person cannot be a peacemaker unless such a person does something. A peacemaker cannot sit back, keep silent, and do nothing. A peacemaker is one who MAKES peace. It is an active job, and one that Jesus tells us brings both a blessing and a very special title - that of being a son or daughter of God. Thus, by not being peacemakers, Church silence actually promotes violence.

To be the peacemakers that Jesus encourages us to be, the Church must take a positive, peaceable stand against all forms of violence. And, Paul tells us that the whole of creation (humans, non-humans, and the environment) anxiously awaits the revealing of such peacemaking sons and daughters of God. Note what He wrote in Romans 8:18-25:

Just because we say we believe in Jesus Christ, doesn't mean that we are either peacemakers or sons (daughters) of God. Just because we say we believe in peace, doesn't bring us peace. This is why Paul tells us that the whole of creation eagerly awaits for the REVEALING of the sons (daughters) of God, because the only way we reveal ourselves is to make a stand for peace in front of the forces of violence and evil.

A little further along in His sermon, Jesus teaches us to pray, and one part of that prayer is exceedingly important, but through the silence of the Church, we seem to be ignoring it. It's, "Thy kingdom come. Thy will be done in earth, as it is in heaven." (Matthew 6:10 KJV)

What is the heavenly will of God? John tells us one aspect of it in Revelation 21:4:

And God shall wipe away all tears from their eyes; and there shall be no more death, neither sorrow, nor crying, neither shall there be any more pain: for the former things are passed away. (KJV)

For there to be no death or pain, there can be no wars or fighting, or fishing or hunting, or the raising of animals for food or clothing; for all these things bring about pain and suffering and death.

It's time for the Church to end its silence and support of any activity leading to suffering or death of any living being. The Church's silence is actually promoting violence, for the world looks to the Church for its moral guidance.

If we support the suffering or pain of any living being, through our silence or actual participation in the killing of geese in a lake or pond, because we consider them to be "pests", or the horrors of factory farming at a church function by serving the remains of the gentle beings who have suffered and died, we are going against the wishes of our true Prince of Peace, whom we claim to worship. True worship should also be performed with a contrite and obedient heart.

It's time to end our silence and speak out and act as the true peacemakers and children of God we are called upon to be.

We thank you for your time and support of non-violent means of resolving any problem, such as the Canada geese situation in your area.

Yours in the Love and Peace of our Lord,