You are here: Home › Cinnamon Coffee (or substitute)

By flhadmin on July 4, 2013 in Beverage Recipes, Recipes

This cinnamon coffee or substitute recipe is a real treat that can be made in a few minutes several ways. We prefer the  coffee substitutes. 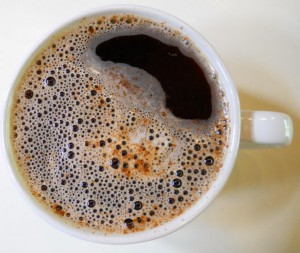 Per cup of brewed coffee:
1/8-1/4 tsp. Cinnamon, ground
Stevia Extract, or other sweetener, to taste.

Per cup of cold water (for microwave):
1 tsp. Cafix, Roma, or Instant Coffee
1/8-1/4 tsp. Cinnamon, ground
Stevia Extract, or other sweetener, to taste.

This cinnamon coffee or substitute recipe can be made several ways, and every way is a treat. We prefer the  coffee substitutes.

If you desire to brew in the flavor with a pot or cup of brewed coffee, the cinnamon can be added to the ground coffee before brewing. Since cinnamon can vary in strength, we suggest that you start with 1/2 tsp./8 cup pot, or no more than 1/8 tsp./cup until you achieve the flavor you like, and then use that amount in the future.

If you desire only a single cup from already brewed coffee or hot water, add the cinnamon and sweetener and allow to steep for about 3-4 minutes before drinking.